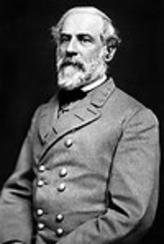 "To you, Sons of Confederate Veterans, we will commit the vindication of the cause for which we fought. To your strength will be given the defense of the Confederate soldier’s good name, the guardianship of his history, the emulation of his virtues, the perpetuation of those principles  which he loved and which you love also, and those ideals which made him glorious and which you also cherish."

Lees’ take on the Confederate Soldier:

“So far as lies in our power, we have striven that history may not lack the evidence of his purity of motive, his fortitude, his heroism. I, for one, do not fear that justice, however long delayed, will not ultimately be done to one of the grandest bodies of men who ever battled for independence or, triumphing over defeat, bound up the bleeding wounds of the country.”